Epidemiological surveillance of animal diseases is an essential and integral part of National Veterinary Services. The importance of epidemiology is rising rapidly on the light of globalization and OIE/WTO membership. In Nepal disease reporting was encouraged during Rinderpest vaccination campaign in sixties. The concept of national animal disease database is developed in early eighties and epidemiological unit was created Central Animal Health Centre, Central Veterinary Laboratory and Infectious Disease and Parasite Control Project in the past. The disease reporting system was irregular, incomplete and not standardized.

The real need of epidemiological surveillance and disease reporting system was realized in 1996 when Nepal joined Office International des Epizooties (World Organization of Animal Health) and bound to follow OIE pathway in order to get international recognition of rinderpest disease and infection free country. Central Epidemiology Unit (CEU) was established under the Central Veterinary Laboratory and Animal Disease Control Section in 1996 under the technical and financial assistance of European Union through Strengthening of Veterinary Services and Livestock Disease Control (SVSLDC Project). A computerized national database and standardized disease reporting system has been developed which has gone through a series of metamorphosis. Nepal was declared as rinderpest disease and infection free country in 2002, which demonstrates the strength of effective national epidemiological system in Nepal. 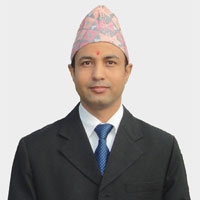 Animal Production and Health Commission for Asia and the Pacific